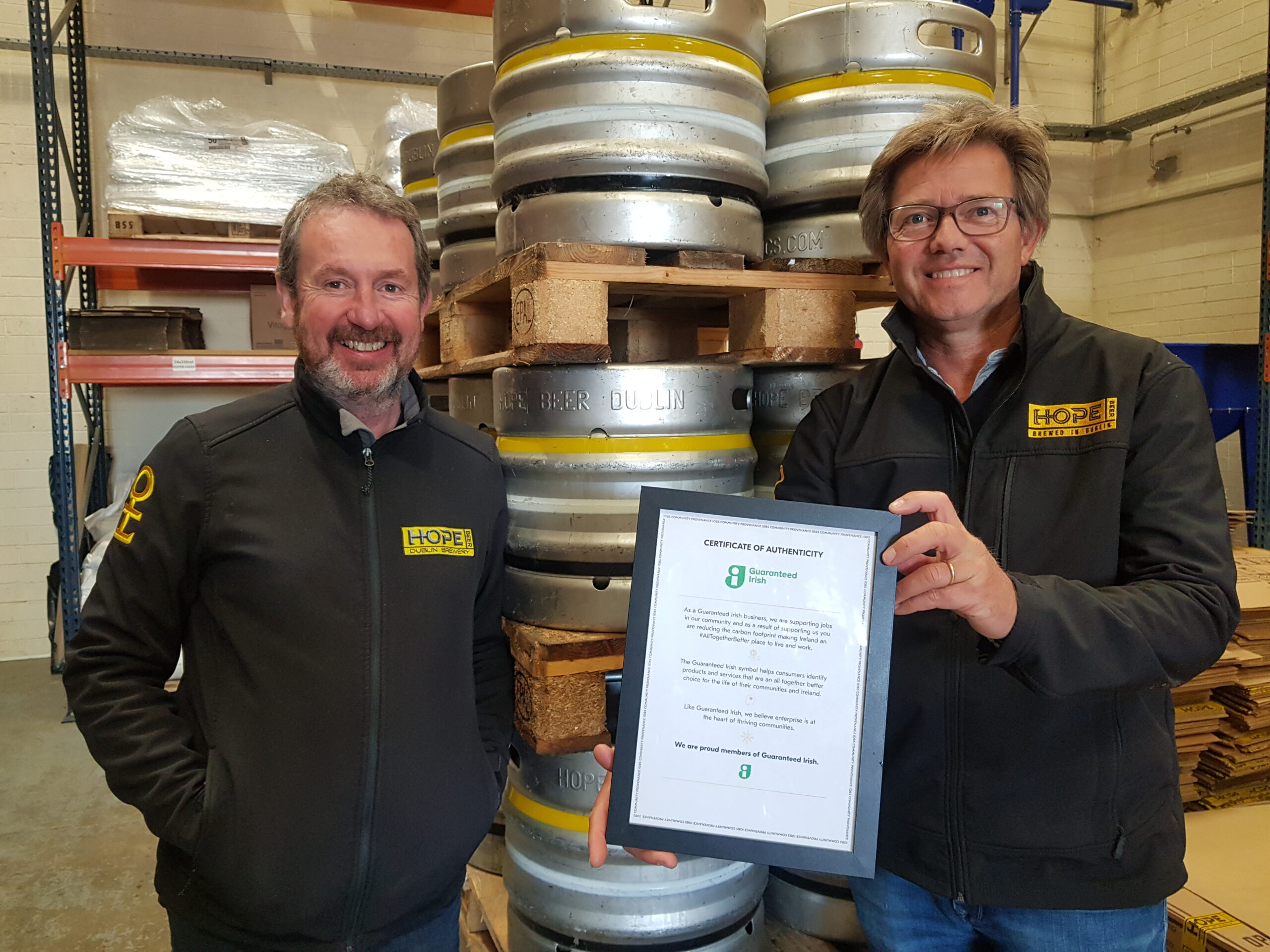 Guaranteed Irish member Hope Beer is a brewery, producing award-winning premium craft beers that are brewed, bottled, canned and kegged at Howth Junction on Dublin’s Northside and are crafted to be the perfect accompaniment to food.

Wim de Jongh, and Des McSwiggan Co-Founders of Hope Beer talk their #FoodLovesHope campaign, the stories behind their unique can designs, their status as an Origin Green verified member and more.

Can you give us a brief history of Hope Beer?

We started out in 2015 when the brewery was founded by four of us, all friends, with a passion for beer. What began as a series of late-night kitchen table discussions, we are proud to say, is now a state-of-the-art brewery, producing an extensive range of award-winning premium craft beers.

We produce a core range of five distinct beer styles which are available all year round as well as two seasonals and a wide range of limited-edition beers. All our beers are brewed, bottled, canned and kegged here at Howth Junction on Dublin’s Northside.

Since 2015 we’ve grown to a team of eight, with sales close to €1 million, and exports to Italy, Russia, Netherlands, France and our beers are widely available in independent off-licences, O’Briens, Molloys, SuperValu and Dunnes Stores, Spar, Fresh, Ardkeen, Worldwide Wines and many pubs and restaurants in Dublin, Kilkenny, Waterford and Clare.

You have recently started your #FoodLovesHope campaign, can you tell us a little bit more about it?

We’ve had ‘great with’ food pairings recommendations on our beer labels and we’ve always believed that great beer is as much an accompaniment to your meal as wine has traditionally been. Building on that, we’ve launched our #FoodLovesHope campaign which is not only about food pairing but also cooking with our beer, as it can add so much flavour to a dish. The campaign features a series of cooking videos using our beers including recipes for mussels, Spanish rice and Mexican short ribs with more on the way.

This is supported by regular blog posts on beer and food pairing, additional recipes as well quirky blog posts such as the best spice bags in Dublin.

We’ve more exciting activities planned for this campaign and hopefully once restaurants and bars are back to normal we’ll be able to activate more parts of our plan to support them.

Each of the unique designs on your cans tells a different story, do you have a personal favourite?

Tough question as they are all so great and cover a variety of legends and real stories. For me it’s the story on our Hop-On session IPA, as it started off just around the corner from where we’re located at Howth Junction. Back in the mid 80s two boys from Darndale hopped on the Southbound Dart to Dun Laoghaire, snuck into a ferry to Holyhead before getting all the way to London by train.

Apparently, they had it in their minds they wanted to get to America to meet the A-team. The crazy thing is, they actually made it! They made their way to Heathrow airport where they followed a stranger onto a flight to New York City, convincing the staff that their parents had already boarded. New York is where it ended before being caught by police at the airport. It’s such a great story as it’ll never happen again given how strict airports are now with security.

What made you decide to become a member of Guaranteed Irish?

It was a no brainer really. The Guaranteed Irish symbol resonates with consumers and businesses alike as the national symbol of provenance and trust, so being part of such an established and well-respected organisation that champions Irish businesses and jobs is important to us. More than ever, it’s important to local communities and to the National economy that people continue to shop and buy local. As a micro-brewery we are delighted with the support of like-minded local businesses and through them, the support of consumers.

Hope Beer is a verified Origin Green member, why is this accreditation important to your business?

We understand the importance of sustainability and are committed to doing everything we can to reduce the inputs into our brewery, minimize our impact on the environment and serve our local community more effectively. We’ve worked diligently on all parts of our business including the sourcing and usage of raw materials, energy efficiency and packaging waste to ensure we continue to do our part for the environment. Because our brewery was newly built in 2016, we started with a relatively energy efficient set up. However, since 2016 we have continued to make improvements and improving sustainability in our beer production is an ongoing process.

What can we expect for Hope Beer in the future and do you have plans to expand to other products?

Lots to be honest! With Winter around the corner we’ll be launching our 2020 Winter Seasonal which will be available in 440ml cans and in 330ml bottles in our revamped giftboxes, which we expect to be a big seller for Christmas. We’ll be brewing a small batch in our pilot kit, which we use for experimental brews, and the next one will have fresh hops picked around the corner in Balydoyle which is exciting. 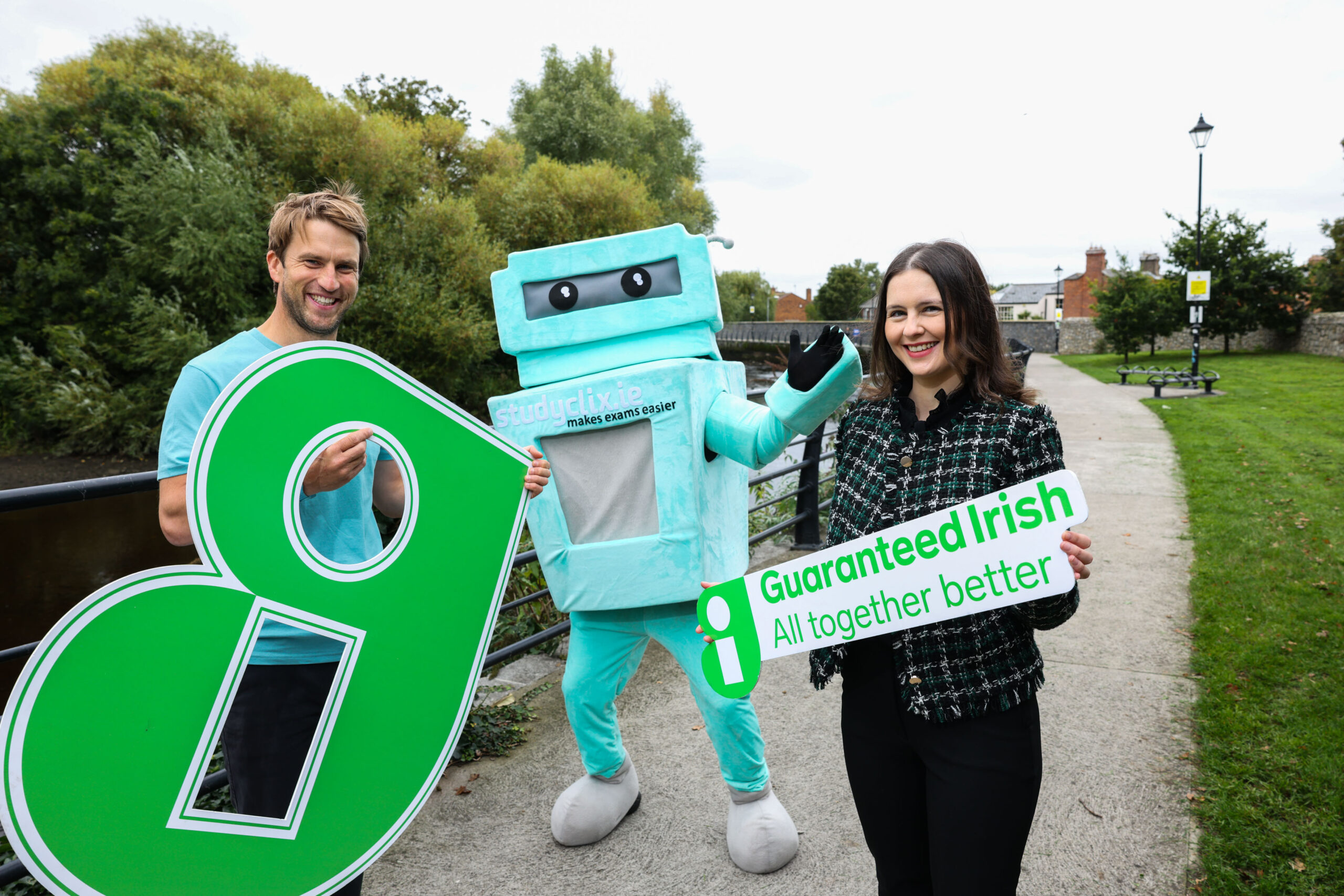